SA recorded another trade surplus in May of R54.6billion. This is the 3rd month in a row that the surplus has been above R50billion.

/ Gold a flat week after the previous weeks sell-off

/ US gets an infrastructure bill, but maybe not. It’s messy

/ Old Mutual to spin off third of their Nedbank holding

/ +50s can register for vaccines from Thursday

The third wave of the pandemic in South Africa is so are very much a Gauteng issue as it records higher daily new cases above the peaks from the first and second waves.

This is no surprise to anybody. But what was notable is that lockdown restrictions remain very relaxed (albeit rumours that we'll see tougher restrictions soon). I had expected a harder lockdown for the third wave.

Expecting a harder lockdown I was very cautious on local hospitality stocks.

The Yoco small business turnover index shows activity at 78% of the levels pre-lockdown after hitting 128% at the end of May 2021. So even without harder lockdowns, we are being more cautious but this is still well ahead of the 40% odd we saw during the end of the second waves lockdown.

We also have some Stats SA data on occupancy in tourist accommodation. Here we're back at around 30% for the end of April and that's back where we were before the second wave arrived.

Airports Company SA (ACSA) data shows domestic travel picking up to around 60% of pre-pandemic levels. International is at around 15%-20% and regional around 25%-30%.

So in short this new wave is still early days and is hurting, but so far not as bad as I had feared (occupancy data is a month out of date). Certainly ahead of the third wave we were seeing improved tourist activity even if still below the pre-pandemic levels.

So what stocks to look at? I am not rushing in, but they're on a watch list for when we're past this third (and hopefully final) wave.

/ Brent crude slips but holding above $70

/ Mediclinic to produce own power

Options (warrants on the JSE)

/ Apple staff back to work 3 days a week, starting September

/ Sibayne Stillwater to buy back 5% of shares

/ Mark Barnes sells up to half his Purple Group shares 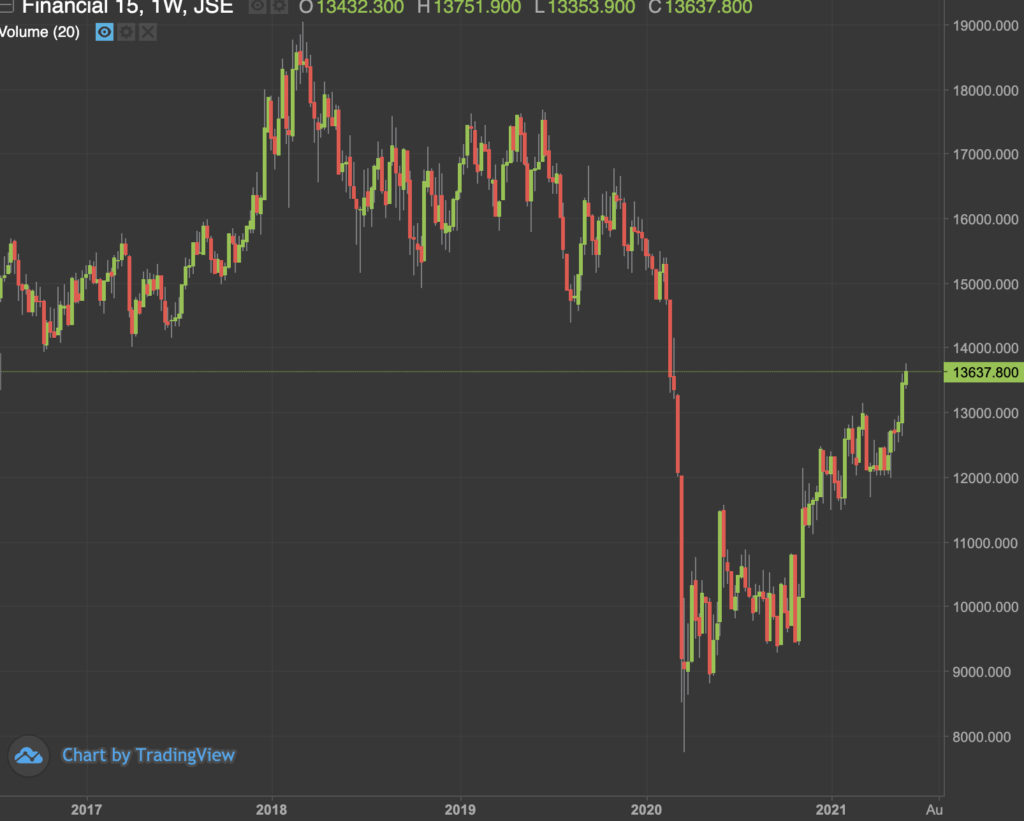